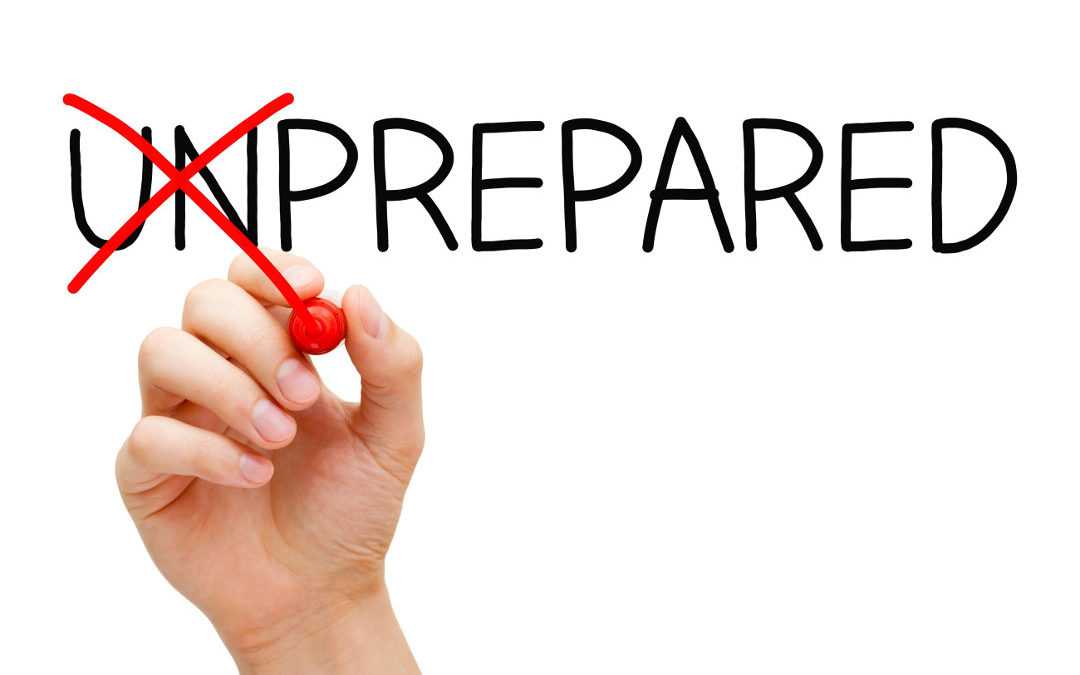 One of the common mistakes that I see with newbie GMs (and some veterans) is that they don’t know how to prepare material for their campaign. So, today, I’m going to help with that.

There are basically three things to keep in mind:

So, let’s break those down a bit.

Firstly, your preparation needs to actually make you prepared. Exactly what this involves will depend on your familiarity with the game system and setting, your style on GMing, etc.

The critical point is that you need to make sure you will be comfortable running whatever comes up.

If it’s a system you’re not that familiar with, then maybe have another look at the rules. Make sure you know the standard mechanics, and the specific mechanics you think might come up. If you’re running for people with any real experience of the system, let them worry about how their abilities work, but you need to know the system well enough to keep things flowing and do what you want to do.

If it’s a setting that you’re not familiar with, maybe re-read (or look into) things that you think might come up. If it’s a setting you have created, think about whether there’s anything likely to come up that you’ve not yet established.

You also need to be able to start the next session and have an idea of what the players will likely do during it. So you aren’t floundering to come up with the next scene.

For all this, how much work is involved depends on your style. Some GMs work well ‘winging it’, so won’t need to plan that much, whereas others prefer to stick to a plan they’ve already made, so need to plan a lot more. Either works as long as you can react quickly to the players doing something unexpected, and you can make some vague plans to act as a guide.

Whatever you style, make sure you are sufficiently ‘prepared’ for whatever that looks like for you.

Prepare for what might come up, don’t plan for what will

The second piece of advice I’ll give is a little less obvious. Of course you should be prepared for the things you’re sure would come up. Definitely before things that probably won’t.

What I actually mean is that you should prepare things that you can use, but it’s no big deal if you don’t.

Why am I saying this? Well, imagine you prepare a scene that only really works if it happens in a specific area of a particular city, with one specific group of enemies. If you do manage to make that scene happen in the next session or two, those elements work fine. But what if you don’t? The PCs might be elsewhere, or the baddies might already be defeated. You may well be left with a scene that’s going to need re-writing for you to be able to use it.

On the other hand, if you create a scene that could work with different enemies, in the right sort of area of any city, then it’s not hard to use it later on if you don’t use it when you plan to.

There’s an old saying: “No plot survives contact with the players.”

Just because you think something will happen in the next session, doesn’t mean it will. If you can’t re-use it, then that prep time was for nothing. If you can use it some other time, then it wasn’t as you have a scene that could come in handy during another session.

Also, by making it less specific, you might be able to make use of it with other groups, or in different settings. Eventually, you’ll have an excellent selection of exciting encounters you can throw at the players when it’s appropriate.

Not only does it affect whether your preparation time was worth it or not, but if you’re creating things that need to be used soon or not at all, then you might be more tempted to rail-road the PCs into that situation.

The third and final principle is not to over-prepare.

Any more than that is just giving yourself more work than you need to.

If you enjoy what you’re doing, then fine do as much as you want. But don’t feel like you’re not doing enough, just because you’ve not covered every possibility.

So there you go, prepare enough that you feel prepared enough and no more, trying to keep things so that you can re-purpose by swapping the goblins for gnolls, or the river port for a spacedock.

Is there anything else you’d like advice on, or any specific questions you have? If so, let me know in the comments.