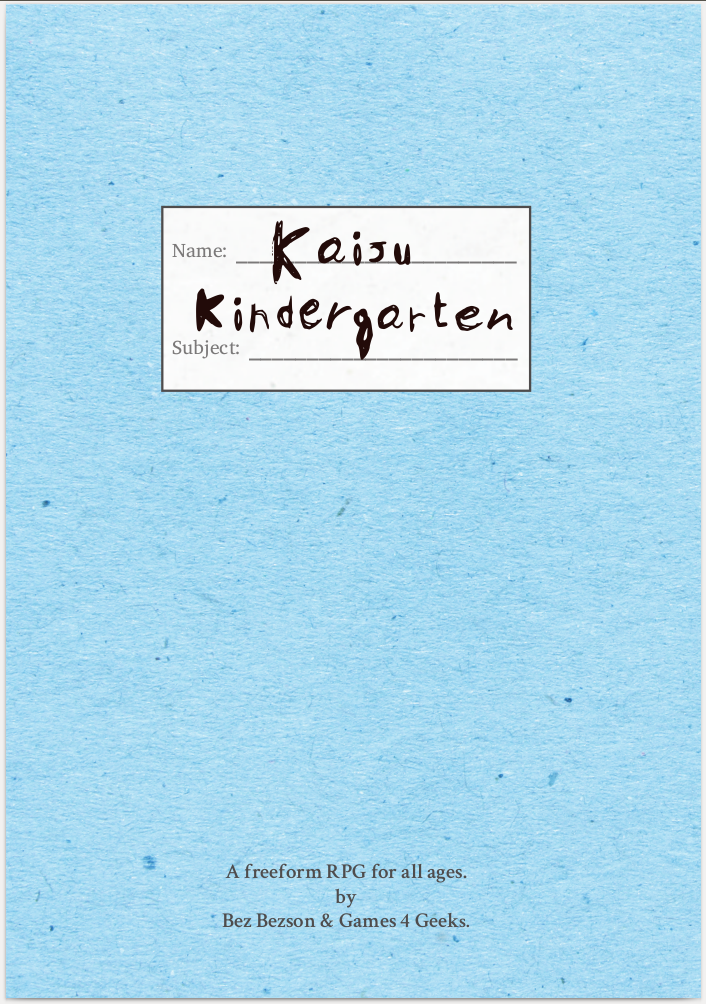 After years of rampages, and the loss of countless lives on both sides (though mostly among the humans), lasting peace has been reached between humans and kaiju.

At first, it was an uneasy ‘you stop knocking over our skyscrapers, and we won’t drop bombs on you’ kind of deal, but in the years since the treaty was first signed, everyone is more-or-less used to it, and things are much more relaxed.

With greater understanding and co-operation, comes new ideas. One of those was that if young kaiju were to live alongside and understand humans, they would need to learn about them and their ways. Besides, socialising with other kaiju might lead to less violent clashes and the collateral damage that normally comes from that. Thus, it was decided that a handful of specially designed schools should be set up to normalise the youngsters.

In Kaiju Kindergarten you play the staff and pupils at an educational facility for young kaiju.

As the staff, your job is to try and teach the kids, make them well-rounded and productive individuals, keep them happy, and stop them from destroying the city. All while trying not to upset the parents, and attempting to cope with a chronic lack of funding from the school district.

As the pupils, you’re looking to make all of that as difficult as possible. Maybe your kaiju is a terrible person, maybe you’re nice but are clumsy and tend to destroy things, maybe there’s something else that makes things hard for the staff.

Although the name is Kaiju Kindergarten, you can use this game for other levels of school, the name was mostly for the alliteration.

This is a very freeform game, and the rules are more a framework for setting up role-play, not a system for resolving crunchy action scenes.

Kaiju Kindergarten is available from:

What dice do I need to play Kaiju Kindergarten?

The game doesn’t use cards or dice, and doesn’t have any playing pieces.

So you just need a piece of paper for a character sheet, and pen or pencil for any notes you want to take. Plus, these rules of course.