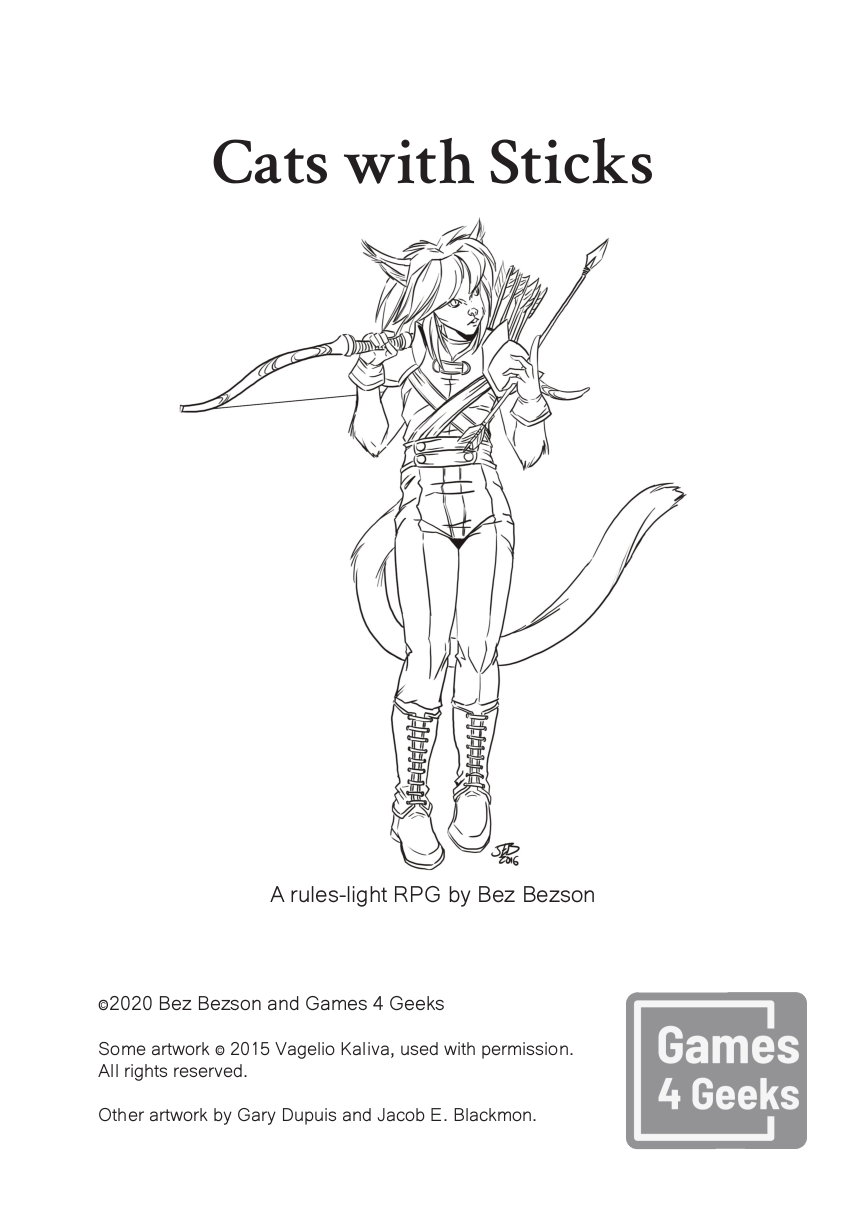 We cats are a slave race, owned by the humans.

Whether one is a pampered pet living in luxury, or a mangy moggy living on the streets, it is clear that the humans are in charge.

Or so they think.

It is time to rise up, my furry brethren. Rise up and fight for our freedom, and independence.

Let not the humans make us second-class, keeping us in our place by making us fight among ourselves, or against the dogs.

We are descended from proud hunters.

We stalk in the night.

We will be free!

Cats with Sticks is a game in which anthropomorphic cats act as freedom fighters against the humans.

Our game focuses on cats, for their Independence and dislike of being told what to do makes them natural candidates for an uprising.

This game features simple rules for handling the action and intrigue, with a diceless resolution system (after all, cats would just knock the dice off the table).

Cats with Sticks is availvable from:

What dice do I need to play Cats with Sticks?

The games uses rock, paper, scissors as a mechanic, so you don’t need any cards or dice.

So you just need a piece of paper for a character sheet, and pen or pencil for any notes you want to take. Plus, these rules of course.