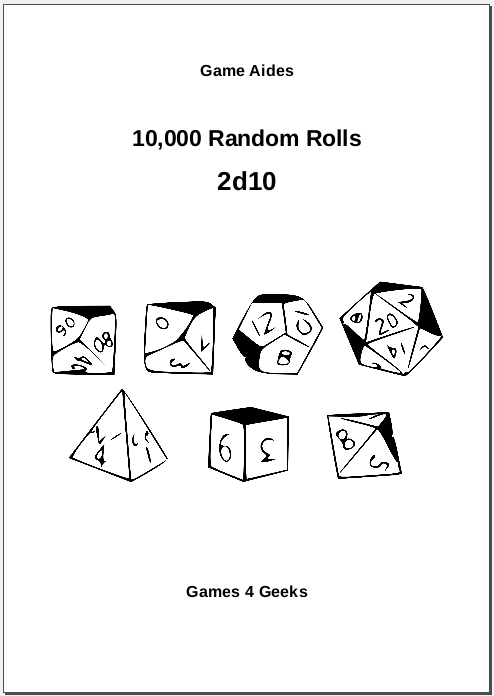 The 10,000 Random Rolls series does pretty much what the name says; it provides sheets containing ten thousand rolls of the named die or dice.

Who would want such a thing, when they can just roll some dice?

Maybe when you GM, you don’t always want to let on that you’re making a roll. The sound of you crossing off a number from the list might just be you making a note of something, but the sound of dice clattering is a dead giveaway of a roll.

Maybe you have terrible luck, or thing your dice are cursed (despite that time you microwaved the one that kept fumbling, as a warning to the others).

Maybe you have an allergy to polyhedrons.

Maybe you just like looking at lists of random numbers – I’m not here to judge.

Whatever the reason, I hope these game aides will satisfy.

What dice types are available?